Clear aligner trays such as that employed by Invisalign treatment plans have become a popular choice among teens and adults for minor dental corrections. Less noticeable than traditional braces, Invisalign also allows patients to continue eating foods not allowed when being treated with metal brackets. Until recently, each tray was prescribed for two weeks of wear. Recent developments have now reduced that by half and the benefits are as clear as the treatment aligners themselves. 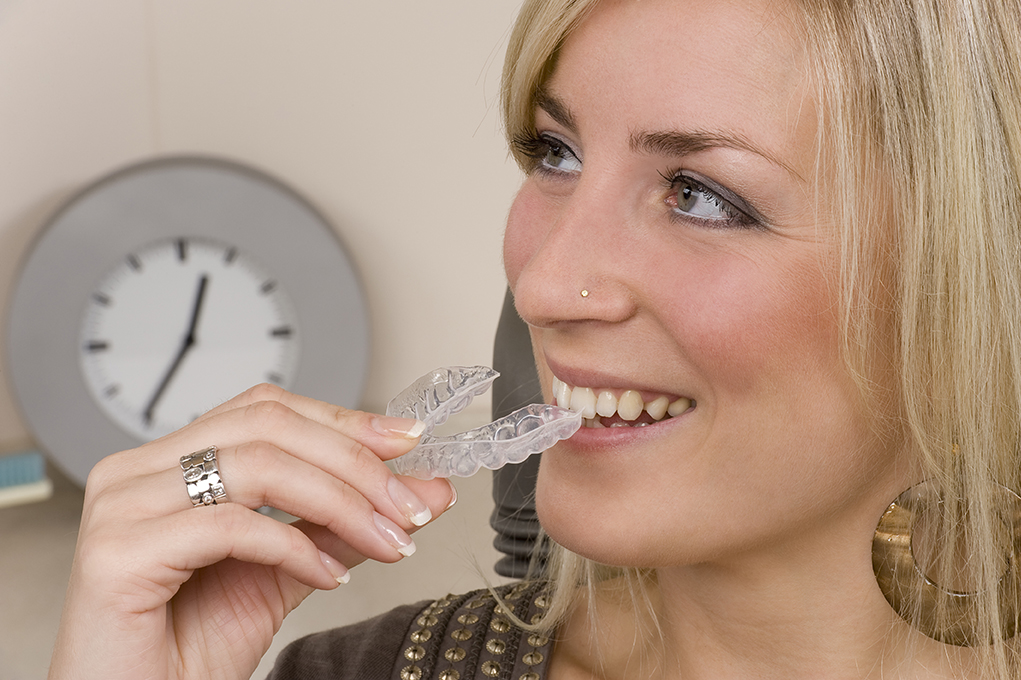 Over time, Invisalign trays were known to become a tad stretched out over the course of a two-week treatment. This is caused by the continued insertion and removal of the devices when they are being cleaned or when the patient is eating or drinking. A tighter-fitting tray provides the very best results and makes their use worth the effort.

Invisalign devices offer the greatest force and, therefore, the best results within the first week of use. The recommended daily wear for the trays is 20 to 22 hours per day. This extra force allows patients will see better results by making a solid attempt to limit the non-wear of the aligners to less than 2 hours a day in the first week.

Of course, the most inviting thing about working toward a 1-week reduction in the use of each Invisalign tray is that the practice can cut total treatment time in half. Those who are dedicated to wearing the trays as much as possible with fewer moments of insertion and removal are likely to be pleased with the shortened time before seeing the results of their efforts.

Clear alignment trays have the potential of becoming stained if not properly cared for and this risk increases with longer periods of use. Smoking will eventually leave a noticeable yellow tinge to Invisalign trays and toothpaste is designed for cleaning teeth, not semi-soft plastics. Limiting the use of each tray to just one week reduces the chances of staining and noticeable scratching from abrasive toothpaste.

Even when the best care is taken to maintain good oral hygiene, the nature of clear aligners does allow bacteria and other microbes to be held against the teeth. Keeping Invisalign trays clean is vital to a patient’s oral health during treatment. The longer they are used, the more chance these devices have of allowing germ buildup within the trays themselves that are then being fastened to otherwise healthy teeth.

By wearing Invisalign trays as much as possible, patients are seeing a reduction in treatment times. Meanwhile, the shortened use, from two weeks to just one, has proven useful in other aspects of treatment as well. Be sure to consult your orthodontist before making any changes to your teeth-straightening treatment plans and you may find yourself moving more quickly to your desired results.