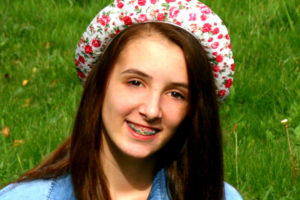 Convincing a child to do anything can be a chore for parents. They are picky eaters and usually hate taking baths or getting up for school in the morning. When it comes to doing new things, the challenges multiply and dental work is a well-known obstacle. Fortunately, television and movies featuring beloved characters with braces can help parents allay the fears in their children. The following is a countdown of the top 10 films and television shows that included characters with braces.

When she was hired to work as an executive assistant for a high-fashion magazine mogul, Betty Suarez was sporting large 70s-style glasses, a Guatemalan poncho, and a mouth full of braces. She spent four seasons trying to find herself and her place in the world. By the end of the series, Ugly Betty had grown into her own woman without compromising her own form of style and grace.

The Facts of Life

The youngest of four boarding school girls, Dorothy “Tootie” Ramsey was a much-loved character on The Facts of Life. Kim Fields starred in the role of Tootie and actually wore braces herself for three years during filming. Tootie began the series as a young, quirky girl on roller skates, but she eventually grew into a beautiful and strong woman.

In the first season of The Brady Bunch, the ever perfect and popular Marcia Brady has braces put on. While she struggles with her identity at first, it doesn’t take long for her to return to her shallow and self-centered ways. Unfortunately, the ever-annoying aspect of 30-minute problems took over and Marcia only had the braces for the one episode. However, Maureen McCormick probably preferred that considering she didn’t actually need braces, but still had to have them installed for filming.

Lacey Chabert (Mean Girls) provided the voice for the most adventurous animated television character with braces of all time. The Nickelodeon hit, The Wild Thornberrys, featured Eliza Thornberry as the main character and allowed fans to embrace the fact that having braces and looking a little different doesn’t have to stop you from going for everything you want.

Everyone knows and loves Nemo, Marlin and Dory from Finding Nemo, but one character is often overlooked. The antagonist Darla Sherman is the niece of the dentist that fishes Nemo out of the ocean off the coast of Australia. Rocking not only braces, but headgear as well, the overexcited fish owner is not evil or malicious. She’s just a little overzealous in her love for Nemo.

The loveable and nerdy Paul was saddled with braces for several seasons on The Wonder Years. Always a little behind the times, but there for his friends, Paul eventually grew into a very successful lawyer and proved to the world that a little sacrifice and compromise can go a long way.

Not a main character, but featured in plenty of South Park episodes, Stan’s sister Shelly can be kind of a problem child. Like Finding Nemo’s Darla, she wears headgear and her speech is constantly overrun by the sounds of saliva buildup. However, in several episodes, she reveals a loveable and caring side not easily matched by other TV siblings.

All-in-all, children are not very keen on doing what they are told, especially when parents think the activity is good for them. Luckily, a host of fantastically loveable television and film characters can help parents introduce the idea of braces and other orthodontic work to their children.