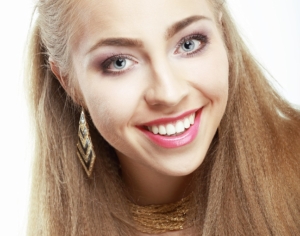 Americans are more obsessed with straight teeth than people in most other developed countries—for instance, the British. According to studies, Brits depend on the government-run National Health Service (NHS) to take care of their teeth, but the NHS only provides orthodontic treatment if it’s deemed necessary—and their definition of “necessary” is very strict. As a result, many Brits never get their teeth straightened. One former Brit, who got Invisalign after moving to the United States with her husband, says her British family and friends say she is “so American” for getting Invisalign. Why is this? It turns out there are some American cultural beliefs that motivate people to straighten their teeth.

Dentists and orthodontists have done some incredibly insightful studies. They found that 38 percent of Americans would not go on a second date with someone who had misaligned teeth! For some, it seems to connect with an even deeper belief that those who have straight teeth take better care of themselves. These notions can be linked to the Hollywood influence on American culture. Stars and models consistently showcase a gleaming row of straight teeth, so it is perceived as a feature that makes you more attractive.

According to Oral M, beautiful teeth can increase your employment potential by 10 percent. And it gets even better. In a study by Kelton Research, 73 percent of the respondents considered people with straight teeth more trustworthy than people who wore great clothes, owned good cars, or had a good job. There are also incidents cited where people with crooked teeth were passed over on job positions or promotions.

Americans tend to equate straight teeth with health. In contrast to British dentists, American dentists and orthodontists are allowed to market their services. As a result, orthodontic marketing campaigns have convinced the American public that straight teeth are indeed a health benefit. But it’s not only the dentists and orthodontists who are persuading Americans to get that perfect smile. Public health campaigns communicate the same message.

Studies also discovered that Americans considered people with straight teeth to be 58 percent more likely to be successful and 58 percent more likely to be wealthy. Straight teeth are so high on the want list in America that 57 percent of Americans would take beautiful teeth over beautiful skin. And 87 percent of Americans would give up something for an entire year if it meant they could have a great smile for the rest of their lives. They would even consider giving up vacations (37 percent) or desserts (39 percent).

It doesn’t look like the American obsession with a straight smile is going away anytime soon. Around four million Americans are wearing braces at any given time and about a quarter of them are adults. If you want a straight smile, consider asking your orthodontist about Invisalign. It just might make you more dateable, hireable, healthy, or successful!