Perhaps it all started to change in the 90s after the 24-year-old supermodel, Cindy Crawford, proudly wore her new braces in a Pepsi commercial.

Long gone are the days of hiding one’s braces and other orthodontic devices from public view. With a rise in visibility through a heightened internet and television exposure, pop culture leaves little to the imagination when it comes to how we see our favorite actors, musicians, and reality T.V. stars. 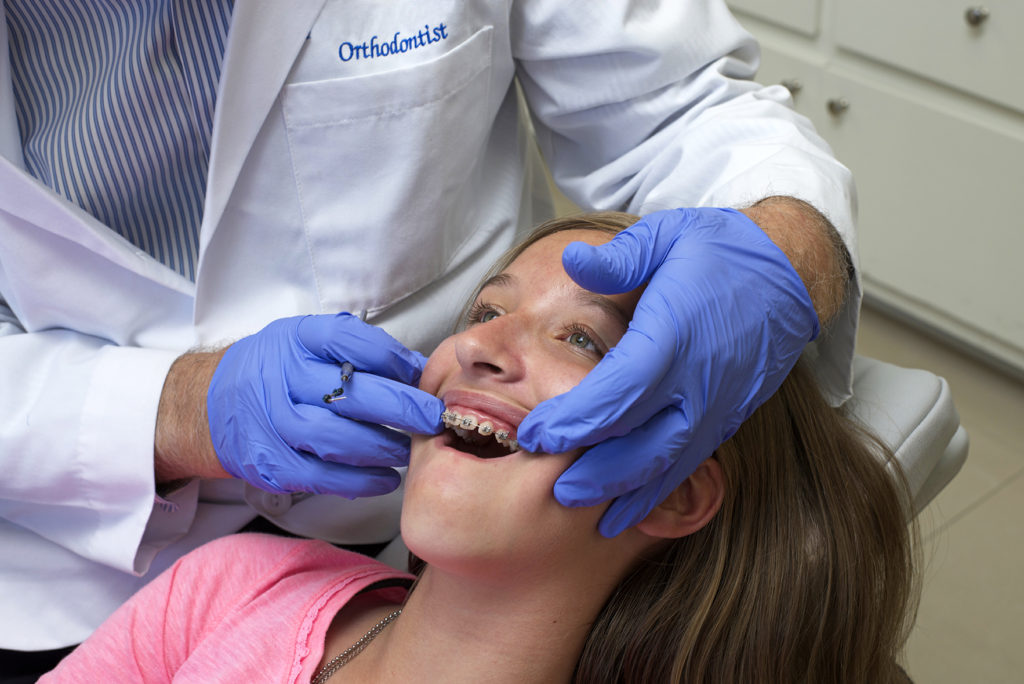 In the 1980s, it was common for entire cartoon and sitcom episodes to center around the fact that one of the characters was getting braces. Tootie was teased and Paul was ostracised just for seeing an orthodontist. Cartoons weren’t much help either, as the braces were drawn to look oversized and comical.
These days, when a television or film character has braces, it is no longer just a part of the storyline. Child actors are sporting traditional braces across networks and streaming services without a word of mention.

2. Not Just for Kids

The past couple decades have also seen an uptick in the number of high-profile celebrities seeking orthodontic repairs. While some have opted for clear aligners, such as Invisalign, others have taken pride in their ability to make necessary corrections to their smiles.

For example, Gwen Stefani decided to get braces at the age of 30 because she had always told herself that she would once she became rich. Faith Hill has also made a mark on country music fans by wearing, and promoting the use of, braces.

Unsurprisingly, reality television has also done a great job of displaying dental work. Having braces, as a child or an adult is perfectly normal in the real world. Therefore, the devices go undiscussed as we watch men try to find wives on The Bachelor or a woman tries to outwit her way to a million dollars on Survivor.

This exposure is a far cry from the scripted television of years passed when all viewers saw were perfect and white rows of teeth gleaming at them from their screens. Pop culture has a way of influencing the way we think about things, but now the use of braces has been reduced to nothing more than a medical necessity instead of the “strange and unknown” devices they were in the past.

Young or old, nobody should ever be criticised for trying to correct their dental problems. Oftentimes, the issues that create a need for braces are more than a cosmetic need to be attractive. Instead, the misalignments and crooked teeth have clear physical effects on one’s ability to eat or speak properly.

Luckily, pop culture is doing its part in alleviating the stigma attached to getting braces. If you or your child has any qualms about getting the braces you need, simply flip on the television or log in to your favorite streaming service, and it won’t take long to convince either of you that there’s nothing wrong with fixing your smile.